As part of an ongoing series about decentralized ledger technology (DLT) & blockchains, I am writing a few articles that introduce technical concepts that are needed to explore and understand more advanced questions.

In the first article, I explained “What is Tokenization?”. I introduced the concepts of “Blockchain” and “Token” and briefly touched upon the new Swiss DLT law that was enacted in February 2021. In this article, I spend a little more time discussing the “Why”. Why would companies want to tokenize their shares on a decentralized ledger? What are some of the main benefits in doing so?

As suggested by the Capital Markets and Technology Association (CMTA), shares of Swiss corporations (Société Anonyme, SA) as transferable securities that can be traded freely, unless the articles of association of the corporation restrict the transfer. Thus, transferring shares between shareholders should in theory be relatively straightforward. But, in practice the transfer involves certain administrative formalities (e.g. written signed documents, record-keeping of accounts involving third-parties such as banks or custodians) that make the process relatively inefficient.

In Switzerland, once shares are tokenized on a decentralized ledger (e.g. following the blueprint & standards developed by the CMTA), it is possible to easily & digitally transfer these securities without the need for banks or other financial intermediaries. On top of increasing the efficiency of the transfer process, this also reduces costs.

We define liquidity as the ease with which a share can be sold or traded. When tokens represent private securities, the issuer (i.e. the company that issued the tokenized shares) can trade & allow others to trade his shares on the market of his choice. Tokenized shares make it easy for corporations to sell shares to investors & raise money when needed. This access to a broader range of investors & traders increases the liquidity of the tokens/shares. And greater liquidity allows investors to sell their shares quickly at a price which reflects the shares’ intrinsic value.

Since data & transactions are stored on a public decentralized ledger, all participants have access to the same information. Although the shareholders are anonymous, their transactions are not. Anyone can verify which accounts or addresses have previously owned or own the token, and how they have been exchanged. Furthermore, the shareholders’ rights are embedded onto the token, along with an immutable record of ownership. As an issuer, you can manage & see updates to the shareholder registry automatically.

The majority of financial transactions still take hours or even days to clear (especially in the case of cross-border settlements). The average Ethereum transaction takes just a few minutes. Using a decentralized ledger removes the need for intermediaries, as certain parts of the exchange of shares are automated. This automation can reduce the administrative burden, speed up trade execution, and lower transaction fees.

By removing intermediaries, corporations can reduce the administrative burden & cost of transferring shares between shareholders. They can access new capital markets & raise money more easily. And because data is stored on a public decentralized ledger, they have the ability to verify & check when transactions occur. The fast transaction times mean you can invest & trade in a matter of minutes. Even though we are still at the premise of what can be achieved with decentralized ledger technology, companies (and Swiss corporations in particular) should embrace the efficiencies gained by tokenizing shares.

Don’t forget!
Please share the article if you liked it! And stay tuned if you want to get the latest information about Audacia Group! 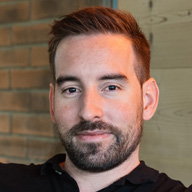 Andrew is an entrepreneur & coder at heart. At the crossroads between product design & software engineering, Andrew likes to solve business problems while crafting enjoyable experiences. He co-founded Suisseo (2009), Base7booking (2012, sold to trivago in 2016), and formerly a managing partner at Lightstreams, a blockhain network for decentralized applications (2018). Currently CTO at Audacia Group, a private investment firm focused on corporate investments in Switzerland and Europe (since 2020). His topics of interest include software engineering, philosophy, economics, and game theory.