From the entrepreneur’s role to vice-president

It has now been more than a year that I’ve been in charge of the two companies Stickerkid and Stickeryeti. A year of human and managerial adventure. Indeed, after accepting Alexandre Bonvin’s challenge in 2019, I was catapulted into the management of two companies operating in the e-commerce field. These months have been intense because I had to take over these companies post-acquisition. However, thanks to the Stickerkid and Stickeryeti team, we managed to restructure both companies in one year, the whole thing while moving offices twice and multiple other changes.

This common effort enabled us to build such an organization that I was able to free up time to participate in several projects within the Audacia Group. Being involved in these made me realize that my mission at Stickerkid and Stickeryeti had been accomplished and that it was time for me to extend my skills from two entities to the entire group.

All experiences brought together

I have learned a lot from this first experience as a company manager. It completes my professional curriculum, which also includes my experiences as an entrepreneur at Base7booking and as a coach at GENILEM, an association that Audacia Group continues to support through a sponsorship.

Being in charge of a company means above all having a team that you have to unite, protect and develop. Unlike setting up a company, where everything is a race against the clock regarding competitors and the market, managing a team takes time. It is essential to understand your team and to learn to be indulgent, understanding and empathetic while remaining a point of reference. As I often say, the success of a company is mainly attributed to its team.

So, having gained experience as an entrepreneur, as a coach and as a company manager, I asked myself how to link these three poles into one role. Discussing with Alexandre Bonvin, the CEO of Audacia Group, we decided to give me the role of vice-president of the company.

A new role at Audacia Group

Once this role was identified, we wanted to add our own definition and responsibilities. I will be in charge of representing the CEO, following up on the objectives within the group’s entities and, thanks to my experience as a company manager, spreading the CEO’s mission and vision.
In order to add the Audacia touch, I will provide help to the different entities of the group just as a GENILEM coach. With my entrepreneurial experience, I will also bring my expertise to our Ventures manager who will be launched this year.

It is therefore under these three axes, defined by my three main experiences, that we have defined my role of vice-president of Audacia Group.
It is now time to hand over the management of Stickerkid and Stickeryeti to a new CEO who, I am convinced, will bring new skills and new perspectives to these two companies in order to make them grow. 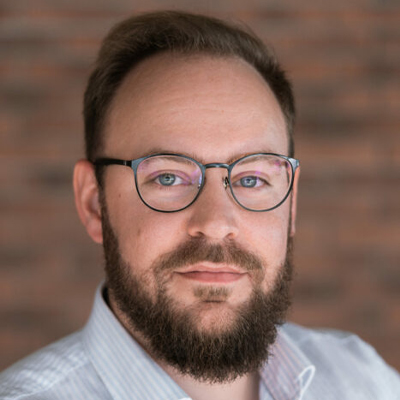 François Bonvin’s career has always been rich in experiences: as an entrepreneur developing the core software for Base7booking, as a mentor at the GENILEM Association and as Director of both Stickerkid and Stickeryeti brands. Thanks to his many achievements, coupled with his excellent interpersonal skills, he is now vice-president of Audacia Group.